At Real Property Management Australia we provide comprehensive, reliable, and trustworthy Springwood Property Management Services at below market rates. When you have an investment property, you want the finest in property management to protect your investment. Whether you are a single property owner or own a portfolio of Investment properties, we’ll effectively manage properties that include single-family homes, apartments, duplexes and townhouses.

Our Springwood Residential property management company has many years of experience in property management processes to consistently meet our customers’ expectations while saving them time and money. We utilize proprietary systems to manage the entire process to ensure the highest probability of success in all facets of managing your asset. Our full-service property management services include maintenance, accounting, legal compliance, marketing, leasing, collections/evictions, inspections, and more.

Please contact us to discuss your individual needs and discover why Real Property Management Springwood is the leader among residential property management companies in Brisbane. 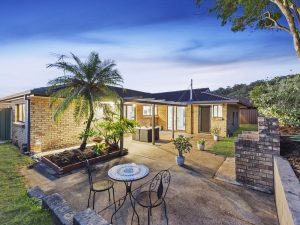 Springwood is a significant activity centre in the region, with a major bus station, two hotels, a 24-hour McDonald’s, two state primary schools, a state high school, a campus of Calvary Christian College, a public library, three shopping malls, ambulance, fire and police stations and many places of worship (including Church of Christ, Uniting and Seventh-day Adventist churches).

Most commercial activity in Springwood is centred on the “town centre” in the north-west of the suburb along the Pacific Motorway. An increasing amount of commercial development is also occurring in the south-eastern parts of Springwood, an area unofficially known as Chatswood Hills. The remainder of the suburb is primarily middle-class residential areas.

From the 2000s both the Queensland government and Logan City Council have proposed that Springwood should be redeveloped as a Principal Activity Centre (PAC). This was initially noted by the Queensland government in a 2005 paper, South East Queensland Regional Plan. The paper, in addition to its follow-up paper in 2009, cites multiple reasons for developing a PAC in Springwood: the area’s close proximity to the Pacific Motorway, its strategic location between Brisbane City and the Gold Coast, existing urban infrastructure and availability of affordable housing. The aim of the proposal is to reduce growth pressures in established PACs whilst encouraging more employment opportunities and economic growth in South East Queensland.

In October 2009 Logan City Council partnered with GHD to create a master plan for redeveloping Springwood as a PAC. This plan was made after consultations with key stakeholders and residents in the local area. Using the South East Queensland Regional Plan as a foundation, the master plan envisions a future for Springwood in the year 2031 and beyond. The plan proposes a significant change in form and function of the suburb compared to its current state. As a suburb with a significant presence in automotive retail showrooms, the plan encourages these showrooms to consolidate around Compton Road and the Logan Mega Centre. The plan proposes new low-rise office spaces, residential apartments, recreational spaces, retail and commercial spaces to be developed within close distance to Springwood Bus Station. Moreover, the plan outlines two new town squares, a new road intersecting Dennis Road and Carol Avenue, a theatre, an art gallery, rehabilitation of Slacks Creek and an upgrade to public transport facilities.[2] These proposals offer a framework for future planning scheme amendments made by Logan City Council.

In Logan City Council’s Local Government Infrastructure Plan (LGIP), plans for land acquisition of two local state schools for new parks and town square is estimated to occur between 2019 and 2021.

Springwood Summit was held in October 2016 to jumpstart further public interest and discussion of the suburb. The summit had the tagline: “The start of SEQ’s next CBD”. More than 200 delegates from around the world attended the summit.